Hadlow was one of the first settlements in the Wealden forest. Stone Age implements and remains have been found within the parish as well as Roman coins and pottery.

In Saxon times, these forest settlements were used by upland villages as centres for grazing swine and became known as “dens” which eventually grew into farms. One such “den” belonging to West Peckham, called Haeselholte (hazel wood), is believed to be the present village centre.

The first written reference to Hadlow is in the Rochester Register “Textus Roffensis” which shows that by 975 AD, the population had increased and a parish had been formed. Parts of the church date from this period.

In 1018 the village was given to Queen Eddeva, the wife of Edward the Confessor. After the Norman Conquest, parts of the lands of Hadlow were granted to Richard Fitzgilbert, who also owned Tonbridge Castle and later adopted the name “de Clare”. The male de Clare line died out and the estate passed through the female line to the Staffords who later became the Dukes of Buckingham. The lands were forfeited to the Crown when the last Duke of Buckingham was executed for treason in 1521 during the reign of Henry VIII.

After several more changes of ownership, the manor of Hadlow was acquired by the Barton family in the eighteenth century. In 1790 Walter May (who changed his name from Barton as a condition of inheriting a fortune from his uncle) built the pseudo-Gothic Hadlow Castle. His son, Walter Barton May, added the tower in 1838. Known as “May’s Folly”, it stands today as a prominent local landmark—though minus the lantern which was removed for safety reasons following the great storm of 1987. Most of the rest of the castle was demolished in 1951 for the building materials, although the coach house and other parts of the building were converted to make homes.

Hadlow is one of the contenders to be the birthplace of William Caxton, the first English printer. There is no documentary evidence to support this, but his family owned Caustons Manor in the parish in the 14th century and Caxton himself claimed he was born and learned his English in the Weald of Kent.

The oldest building in Hadlow is the parish church, St Mary’s. The first church, which was already in existence in 975, was probably built of wood. It was rebuilt in stone in the 11th and 12th centuries; evidence of its Saxon architecture can be seen in the stonework of the base of the tower. One of the crosses on the doorpost was probably made by Nicholas de Hadloe, whose family owned Hadlow Place, on his safe return from the Crusades. 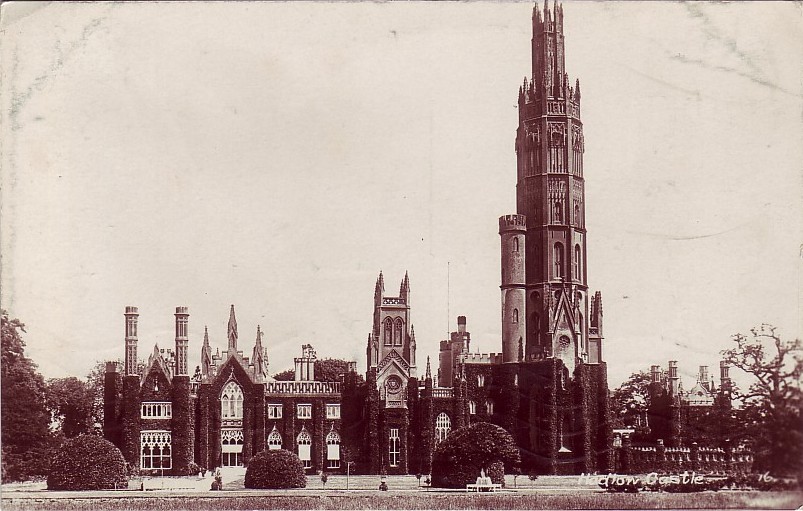 The parish has a strong history of hop growing and brewing. In the mid 19th century nearly 15% of the area was covered by hop gardens. A poignant reminder of this time is a memorial in the churchyard to 36 hop-pickers who, in 1858, tragically drowned when the horse-drawn cart in which they were travelling plunged into the swollen waters of the Medway from the old wooden Hartlake Bridge.

One of the largest local employers in the 19th and early 20th centuries was the Close Brewery, at the Tonbridge end of Hadlow. It became a limited company in 1888 under the name Kenward & Court. Today there are few hop gardens left in the parish, and the brewery and maltings buildings have been converted into dwellings, as have most of the oast houses throughout the parish.

This website uses cookies to improve your experience while you navigate through the website. Out of these cookies, the cookies that are categorized as necessary are stored on your browser as they are essential for the working of basic functionalities of the website. We also use third-party cookies that help us analyze and understand how you use this website. These cookies will be stored in your browser only with your consent. You also have the option to opt-out of these cookies. But opting out of some of these cookies may have an effect on your browsing experience.
Necessary Always Enabled
Necessary cookies are absolutely essential for the website to function properly. This category only includes cookies that ensures basic functionalities and security features of the website. These cookies do not store any personal information.
Non-necessary
Any cookies that may not be particularly necessary for the website to function and is used specifically to collect user personal data via analytics, ads, other embedded contents are termed as non-necessary cookies. It is mandatory to procure user consent prior to running these cookies on your website.
SAVE & ACCEPT
Skip to content